We are five creative professionals who are seeking inspiration for our projects through paranormal research. 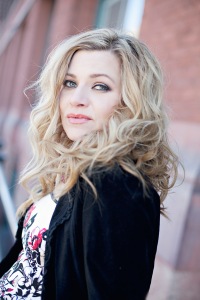 JESSICA FREEBURG (Founder/Producer) (Author/Poet/Producer) is the author of a variety of books for teens and young readers, including Piper, a graphic novel co-written with Jay Asher and illustrated by Jeff Stokely. She has also written paranormal fiction (Living in Shadows) and narrative nonfiction works focused on creepy legends and dark moments in history including Monsters of the Midwest, Fight for Survival, and Collapse and Chaos. Additionally she has edited and contributed to anthologies including Night Visions, an anthology featuring stories inspired by paranormal investigations.

Jessica’s work in the paranormal field has led her to appear on radio and television, speak at paranormal conventions, and work in documentary film production. She is represented by Dawn Frederick, Owner and Agent at Red Sofa Literary.

SHAWN McCANN (Investigator) (Artist/Illustrator/Author) As an artist, Shawn McCann is one who loves to explore the relationship of art, space, and interaction. Having graduated the Minneapolis College of Art and Design with a BFA, Shawn has grown into a multi-media, multi-disciplinary artist whose work explores color, texture, form,and content. This approach has led to the many areas in which Shawn’s work has encompassed including; 2D and 3D street painting, murals, fine art, children’s books, installation art, temporary and permanent art and commercial illustration. Within each of these areas, each project has been created with its own voice, its own character and culminates in a rich experience for the viewer. From the children’s book side of Shawns work, he has been apart of over 23 books projects ranging fromeducational books like “Catch the Wind” and “Catch the Sun” to more mainstream projects like “The Sick Bug” series which Shawn was one of the featured illustrators at the LA Times Festival of Books 2 years in a row. The books Shawn has been apart of have won numerous awards including but not limited to ; Silver Moonbeam award, multiple Gold Mom’s Choice Awards, Book of the Year award by Creative Child Magazine, Finalist for 2009 Indie Book Award, Silver MIPA award, Silver Nautilus Award, and a finalist for the Eric Hoffler Award. When it comes to street painting and murals, Shawn has no size limit or constraint and location is where ever the mural needs to be complete. This can be evident in his international projects such as creating a large scale mural for the IIT Techfest in Mumbai, India and his street painting creation for the Wilhelmshaven International Street painting Festival in Wilhelmshaven, Germany. There are also numerous stateside projects that have taken shape over the years as well including being featured at the Sarasota Chalk Festival and helping create a 3D street Painting for High Wire Daredevil Nik Wallenda, being apart of the first street painting team in the US to create a street painting with Augmented Reality incorporated in, creating a street painting commercial vine for Target corporation for their Summer Up campaign, and being featured at numerous street paintings festivals across the US. As a muralist, Shawn has been fortunate to have worked on a number of public art murals funded by the National Endowment for the Arts and also a MN Legacy grant project. These include murals that were as large as 35ft tall and 150ft long. Other projects include an installation of a temporary 4000 sq foot mural at the Minneapolis Institute of Arts and a 3000 sq ft PopUp Park. Of all of this, Shawn is most excited about the collaboration of Ghost Stories Inc. and its amazing artists/writers. Having the ability to bring together all of our experiences into projects that are meaningful to us is vital to the work that will continue to thrive. There are also a number of manuscripts that Shawn is writing and putting together for this chapter of his work. With all of this Shawn continues to search for meaningful and cohesive ways in which the many facets of his work can play together and have a deeper impact with his works. Over all, Shawn’s work has won numerous awards and is held in private and public collections. Select Clients include; Target, General Mills, SEI, Mortenson Construction, IIT Bombay, The Minneapolis Institute of Arts, Weisman Art Museum, Deluxe Corporation, Hamline University, Carlton College, Star Tribune, Minnesota Orchestra, Giants Snacks, and Planet Entertainment Group. To learn more about Shawn, visit his personal website at www.shawnmccann.com

SEAN SPINKS (Investigator) (Artist/Author)  His illustration work has been featured in Invest Comics Deadly Tales: One and Done and as part of the Terror of Dracula promotional web comic series. He is also one half of Horrorizons, custom posters inspired by classic horror films.  Check out Seans work with Horrorizons at  www.horrorizons.wordpress.com

JOSHUA STERLING BRAGG (Director/Investigator) (Filmmaker/Author) Josh is a Film Maker in New York City. Graduating with a BA in Theatre Arts, he left Fairleigh Dickinson University to pursue a career in Directing. Over the past few years he has worked with major brands such as Victoria’s Secret, Old Navy, Men’s Health, Pfizer and Verizon as well as working with Kayak.com to create a Canne’s Festival “Silver Lion Award” winning series of online ads. This year Josh partnered with Believe LTD. and the Hemophilia Association of NY to create an original stop motion animation titled “Helping HANY”, a three part series designed to teach young girls about living a healthy and happy life with Von Willebrand Disease. He has an ongoing relationship with the creators of the series, Patrick James Lynch and Ryan Gielen, touring the country and making video centered around Hemophilia awareness among today’s youth. Charitable work is not foreign to JSB. In the past he has volunteered for Katrina support in Louisiana, built houses with Habitat for Humanity, and run a wide variety of fund raisers including directing the Vagina Monologues at Morristown Memorial Hospital raising nearly $20,000 for victims of rape and domestic violence. In February 2013, Josh launched an initiative with his business partner Matt Gielen to create an online horror franchises titled HauntingSeason. In just over six months the channel has grown to attract over 15,000 subscribers and 800,000 views.  The show features weekly campfire-styled scary stories, short films, and paranormal investigations all grounded in the exploration of the unknown with the overarching goal of bringing true storytelling back to the horror genre. Most recently Josh has teamed up with Ghost Stories, Inc. to document weekly ghost hunts that take place all over the Midwest.  When he’s not flying out to Minnesota, he’s acting, directing, producing or editing from his home office in Inwood, Manhattan where he lives with his dog, two cats, and his incredible wife Jennifer. Learn more about Josh at his website http://joshuasterlingbragg.wix.com/home  and check him out on YouTube at Youtube.com/hauntingseason.

NATALIE FOWLER (Historian/Investigator) (Author) Ever since Natalie was a little girl, she has loved a good ghost story. But growing up, she often complained that she could never find enough about the ghost. The stories only told about the person being haunted. She vowed to someday find the ghost story she was looking for…little did she know she’d have to write it herself. Natalie graduated from the University of St. Thomas and then went on to law school at Hamline University. She passed the bar and took a job in private practice, but it wasn’t a good fit. She remembers how her dad told her there were a lot of other careers she could pursue with a business major and law degree. But she doesn’t think he had “paranormal mystery writer who moonlights as a ghost hunter” in mind when he said it. Natalie writes paranormal mysteries set in St. Paul, Minnesota. Her main character studies law and discovers she can see ghosts when a classmate is murdered, thereby becoming her first “client.” Her second ghost client is a gangster from the 1930’s who doesn’t know that he’s dead and decides that her apartment is his perfect new hideout. Natalie is a member of SCBWI and is represented by Terrie Wolf of AKA Literary, LLC. Natalie recently moved back to her beloved city of St. Paul after spending six years as an expat in her now equally beloved city of Brussels, Belgium. She lives with her husband and three young children, who are all incredibly supportive of her writing life and her new favorite hobby. For Ghost Stories, Inc. Natalie will especially focus her energy and talents on historical research. Understanding the history of the sites we visit is an integral part of telling the stories of the spirits that might be left behind. Visit Natalie’s author website at www.nataliefowler.com